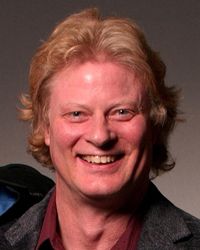 Mark ranks as one of Denver's finest most explosive talents. Mark has been playing the guitar for over forty years, soaking up music and styles like a sponge along the way. Born and raised in southeast Denver, Mark learned guitar from his older brothers, playing folk and gospel songs and singing high harmony. Before long, however, the Rock & Roll bug bit, and Mark played his first Rock & Roll show when he was ten years old. The now legendary Brown Brothers Band of the early seventies featured Mark and his three brothers. Since than, Mark has played in popular bands based in Utah, New Mexico, and Connecticut, while also performing solo. He returned to Denver in 1989 and formed Otis T. and the Hammers, Denver's premier Blues/Rock band of the early 90s. Mark is Denver's finest slide guitar practitioner, having learned the slide while still in junior high school. His vocals are equally masterful, as his three octave vocal range enables him to tackle a wide range of material and make it his own. His prowess on both electric and acoustic guitar is well known, and his resume includes stints with the Chicago-based Jimmy Johnson Blues Band and Rock 'n' Roll Hall of Famers, The Coasters and The Drifters. Mark has performed with many of the areas top bands, including Sundance and the Men in Blues, Phantom Freeway, Little Mary, Theresa Lynn and Tracy Edwards. Mark joined forces with the Aces in November 1998 to pursue his love of the Blues. In 2003, Mark, along with Milt Miller and Gregg Wilson formed Doc Brown's Blues Band, to keep the love alive. 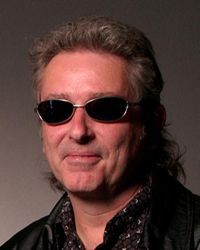 Milt bought his first bass guitar at age 13 after noticing there were too many guitar players and not enough bass players. Milt started playing guitar at age 9, taking lessons from jazz great Stacy McGee of the famed Les brown Orchestra. Milt switched to electric bass and soon found the ability to lay down solid grooves with a drummer naturally. Milt spent his High School years performing with various Rock and Top 40 bands, but honed his skills while still in the school jazz band, learning to improvise jazz and blues progressions with the instructor. Out of school, Milt developed his skills, and credits "super funksters" Larry Graham and Bootsy Collins for giving him a new direction and attitude toward his bass playing. Combining traditional training and instinctive feel, Milt soon became very well versed in many types of music, especially blues, jazz and R&B. During the seventies, Milt spent his time doing session work in and around the Denver area, as well as several sessions for producer Norman Petty at the old Buddy Holly studios in Clovis, New Mexico. During the eighties, Milt met up with drummer Gregg Wilson to form the Gullable Rhythm Section, providing intensely tight grooves for numerous bands in the Denver area. As Milt puts it, "We worked really well together, and just kept doing it, band after band. Now, we still go out every night with the idea that we're going to have a blast, and when we do, it's very infectious". 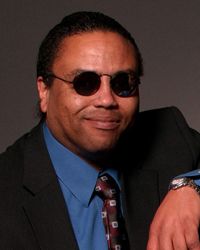 Gregg has been a "working musician" since the early age of fourteen, when he began performing in clubs in the New York area, taking after his father, also a drummer, and his Great Aunt, Blues legend Victoria Spivey. Since the mid-seventies, Gregg has been a fixture in the Denver club scene, performing with numerous blues, jazz and rock bands. In the eighties, while a college student in Denver, Gregg hooked up with Milt Miller to form the Gullable Rhythm Section, providing rock-solid rhythms for many of Denver's top bands. In a March 2000 performance review appearing in the Colorado Blues Society's "Holler" publication, Gregg was described as "the drummer to die for." Gregg spent a decade as drummer for Ace Butler and the Aces before joining Doc Brown's Blues Band. Gregg has also performed as a fill-in sideman for many bands including The Sammy Mayfield Revue, Catfish and the Crawlers, Denver's Willie and the Po' Boys, Oklahoma's Miss Blues, The Shamans, Blues Child and many more. Gregg brings over thirty years of performing experience to the stage, and uses that experience to put on the liveliest show you will ever see (You just gotta see the thing he does with his eyes during live shows).